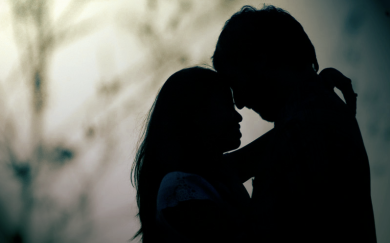 Twin souls are each other’s absolute energetic match. Through the different planes of existence the twins’ connection travels and intertwines, blending the lights and colors of each. Their energies constantly dance with each other, they get tangled and they separate, one overwhelms the other only to be overwhelmed in return. It is a constant give and take of energy between the twins that exists beyond a single lifetime. For the majority of a soul’s incarnation this connection is not felt. As one travels throughout the physical plane this connection either diminishes or grows in vibrancy.

When the connection between the twins finally grows in vibrancy and potency both of the twins are ready to meet each other for the first time in their present lives. (If one of the twins has already ascended to his/her higher level of existence, then he/she calls the other when the other is ready and calling out too; thus increasing the strength of the connection. And in this way the twins can communicate and the other is given the opportunity to ascend and rejoin.) And so, with the connection of these souls being intensified and matching each other, an awakening happens or is completed. (An awakening is the beginning of a spiritual path.) This awakening is promptly followed by the physical meeting.

But even before any actual meeting and perhaps before any knowledge of twin souls the emotional connection between the twins might be palpable in the hearts of both. There are different levels of existence that we simultaneously inhabit and love moves through all those bodies. (Read more here.) The bodies are: the physical, the mental, the emotional, and the astral. All these parts of our soul exist simultaneously in the physical and spiritual plane. Out of these bodies the emotional body is the first to feel or awaken to the twin soul connection. (Refer to this post for an overview of twin soul signs.)

The tumultuousness of the beginning of the relationship is exhilarating  but it can also be confusing, sometimes to the point of causing fear. The spiritual experience of the twins and the upheaval of beliefs, ideas, and anything else, can overwhelm the twins, or only one of the twins, not allowing him or her to see the connection that has been rekindled. Here is where the unknown emotions begin.

When either one or both of the twins is unaware of the emotional connection between them, emotions rise and fall without cause. The heart is the one that releases love and emotions and it is the heart that connects the twins the most profoundly. This is why one twin knows what the other twin is feeling, but only when aware of the other twin. Otherwise, sadness might suddenly overtake one of the twins, leaving him or her perplexed as to its cause. From that sadness the twin begins to feel a longing, something that cannot be explained, a wanting of someone without knowing who. On the contrary, great joy and happiness might fill one of the twins, again, without reason or logic. There is a constant exchange of emotional energy between the twins and when neither or just one of the twins is aware of this it can be confusing, stressful/depressing if the emotions are negative/heavy, and depressing if the awakening is denied by one or both. When I say denied, I mean that the twins, one or the other, do not want to admit or accept what is happening.

The emotions that the twins exchange open a new level of communication. The twins that embrace these changes and embrace the love that the other half is sending allow for telepathy to happen. This is the communication between souls, not the body or the physical mind. This kind of communication is far more accurate than words or images, though images and words may be transferred through telepathy once the mental connection is also established.

The emotional energy enters the body through the heart primarily but it can also be felt at the center of the stomach, where the solar plexus and abdominal chakras are. This signifies that the twin’s chakras are open and healthy, especially when love enters. What this physically feels like varies from person to person. It might feel like a soft warmth, like standing beneath the Spring sun, that is focused in one area but feels profound. Some might feel as if they are being caressed,  not necessarily the physical touch but the effects of a touch. Others might get goose bumps. Sexual arousal is a very powerful emotion and it is the essence of life, creation, and inflamed by love. The twin soul love is powerful and the arousal that it brings with it too. This is also transferred from one twin to the other. This means that one twin might feel the other twin’s sexual arousal and become aroused in turn. If the connection is strong enough or if the arousal is strong the orgasm of the other might also be felt. One is able to feel the orgasm of the other more when they have already met or have seen each other somehow.

With the heart connection reconnected and vibrant, beaming light and love from wherever the twins are, emotions pass through freely. This kind of love emanates from the heart, from a profound space in the heart that the twin/s might not have been aware of. And it is warm and spreads throughout. There is a silent knowing to this kind of love, a silent and sometimes unconscious understanding that they will reunite. 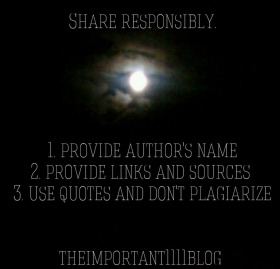 A writer surviving in the gritty chaos. View more posts